The forecast calls for more 50-or-60-degree days, clouds, and rain. I’m guessing that’s as good as it’s going to get until May. This weekend became “clean up and harvest everything that’s at least mostly ripe.”

We harvested all of the tomatoes that were showing signs of color.

Closeup 1.  (L-R:  Iko Iko peppers, NuMex peppers) The Iko Iko have been a pleasant surprise — they ripened well, and the yield was good.

I thought the “finish” on this Jalapeno sort of reminded me of a race car or a rocket: 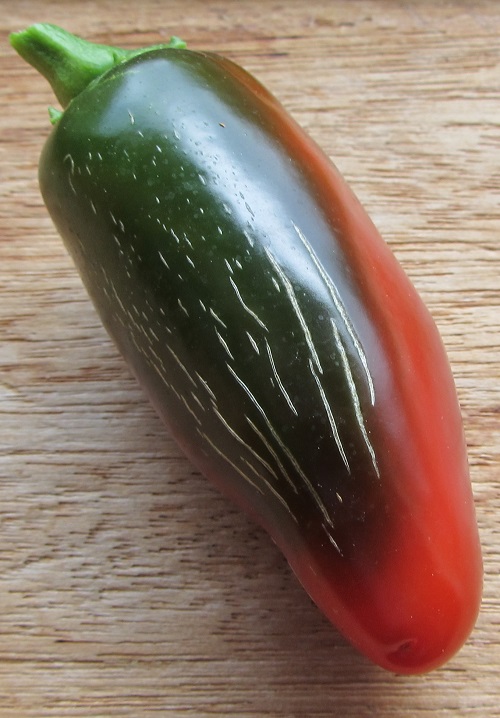 The boy cat trying out a sheet tray (prior to the harvest photo): 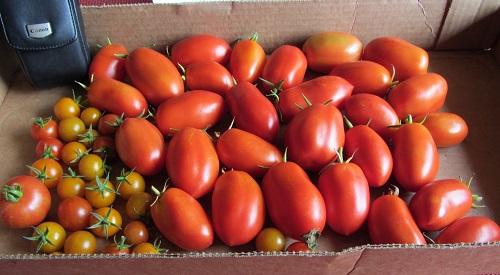 We haven’t had the time to really maintain the tomato plants. (Or anything in the garden for that matter.) Yesterday the tomatoes finally got a giant haircut. The pepper and tomatillos plants were removed:

Our “Final Summer Harvest” date in 2013 was on October 7. In 2014 it was September 28. I’d guess we’ll pull the remaining summer veg when the forecast indicates a spate of 40-degree nights on the horizon.

The garlic and radishes:

We trimmed the salad table today. It’s on casters, so we can tuck it in the corner next to the door, then roll it out for access. This picture is after the trim. (top L-R – Little Gem romaine, dill, spinach, Jericho romaine, frilly cilantro, arugula):