The few days that we had in the 80’s didn’t last. Here in the north Seattle area it’s back to 70’s, overcast, and spotted showers.

We harvested the Tromboncino at a relatively small size because there are two other fruits on the plant in the same place — the harvested fruit was directly between the two pictured here:

We’ve found that three fruits that close together rarely ends well, so we pulled the one that was in the center. 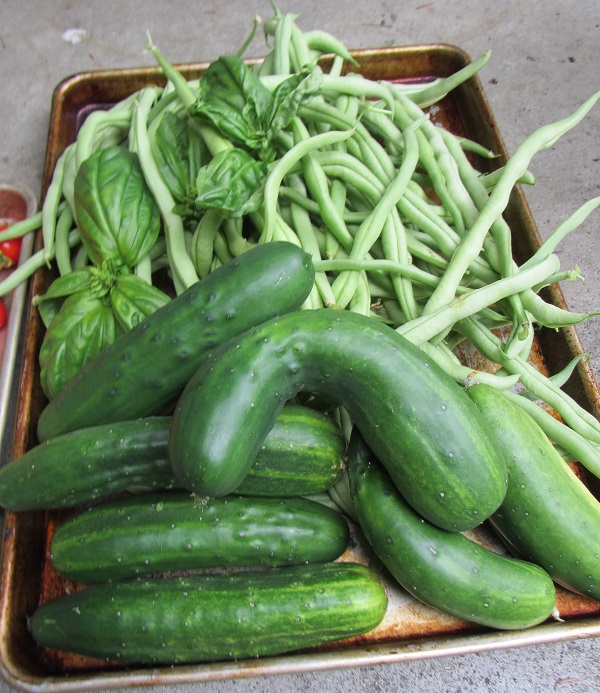 We found three of those cucumbers after we thought we’d already found them all.

The bean plants are in the foreground (then tomatillo, cucumber, and the Tromboncino in the back right. For reference, the bean trellis is 6 feet tall.):

An overview from the “front”:

One of the two Carmen boxes:

If it doesn’t warm up again the basil are going to continue to be “meh”. They really perked up during the few warm days, but it’s back to cool and cloudy, and the plants look visibly worse:

Hopefully the weather gets warmer this coming week.