The 2013 post includes one of our more popular pictures — girl cat with bags and bags of green stuff:

It’s about 1.5 pounds of basil, though the internet must have other ideas.

11.6 pounds of produce this week, including the first tomatillos!  Tuesday: 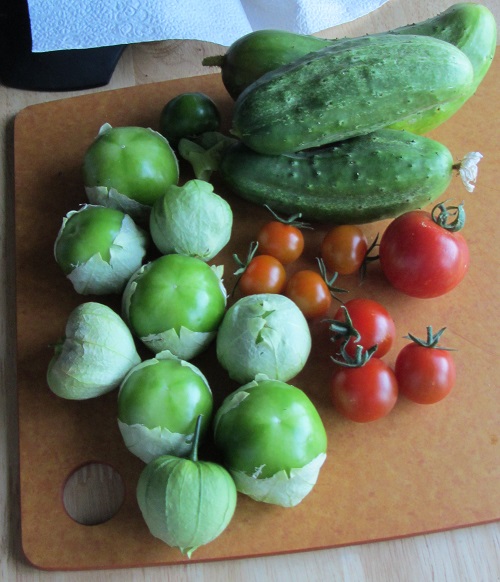 Today. The tomatoes are a mix of Sweet Million, Sun Gold, Taxi, and one Tigerella:

A pre-harvest picture of the Lemon cucumbers. They’re still doing well. Note the powdery mildew on the right. I believe that’s the pickling cucumbers calling it a year. 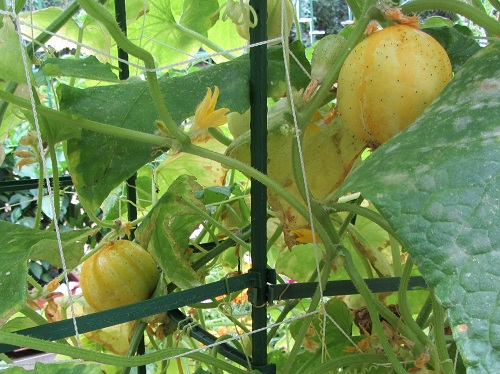 The Marketmores are about done too. In the top left of the picture there are still a few growing, but many leaves are looking terrible:

The Tromboncino. There were actually seven fruits at this size in a small area of the vines. Two lost their blooms early, so I removed those, with the idea that those will wind up being the “losers”. There are still five left, which may still be too many. Pictured are two of the winners:

The big King of the North pepper:

The Black Krims are much larger than last year. They’re starting to show color: 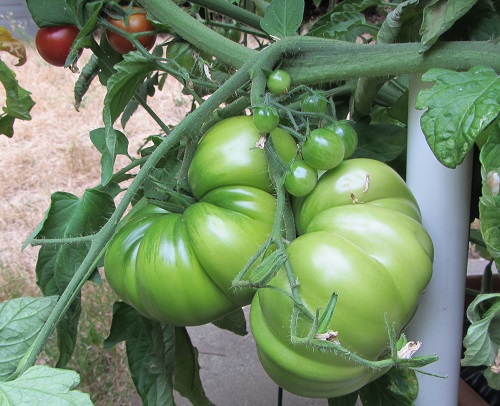 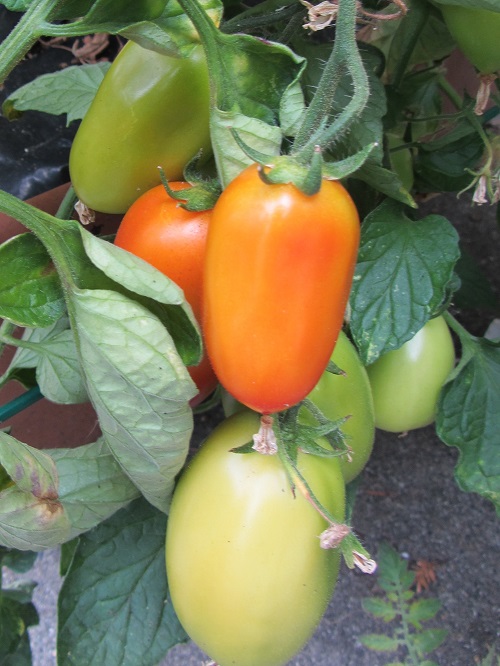 Sweet Millions, prior to harvest: