Last year the yield was 64 pounds in the month of August. The year it was 95 pounds of produce for the month, including 20 pounds yesterday, though looking at last year’s pics – it may be that this year’s plants are closer to “done”. Yesterday’s harvest: 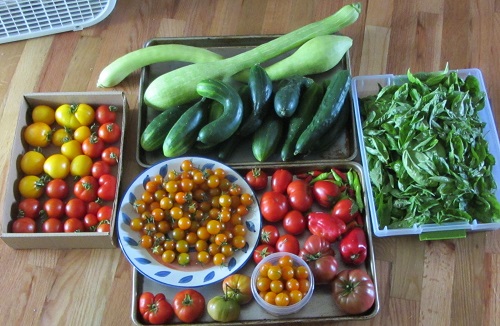 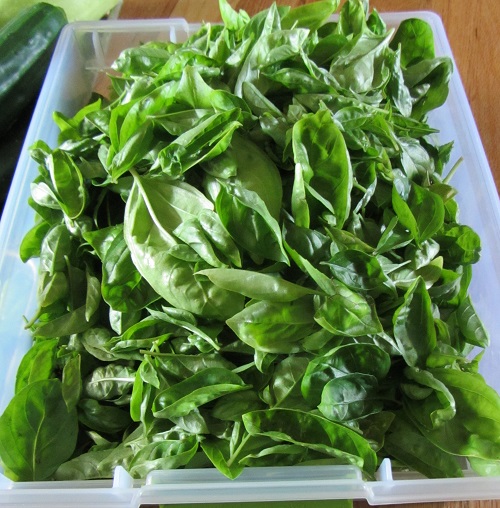 One of the two midweek harvests: 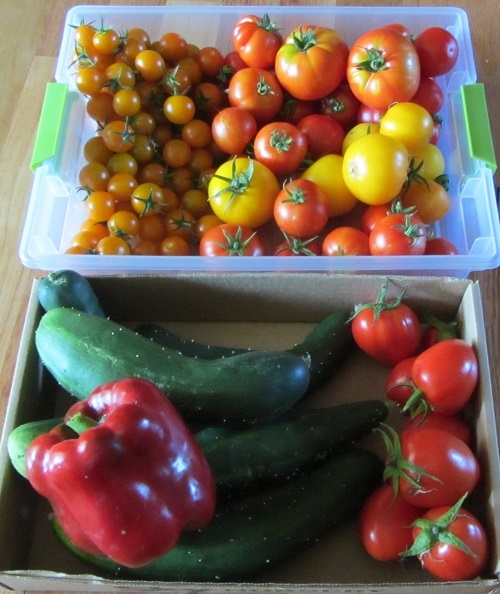 Gypsy Peppers. The white powder is diatomaceous earth. It seems to be helping with the earwigs: 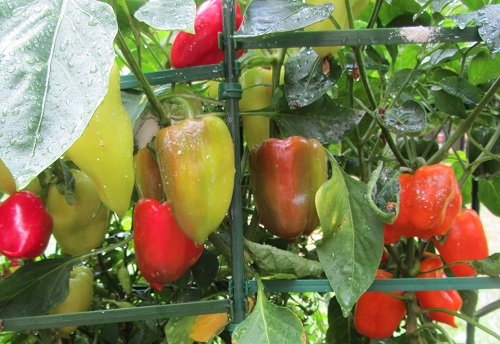 King of the North peppers: 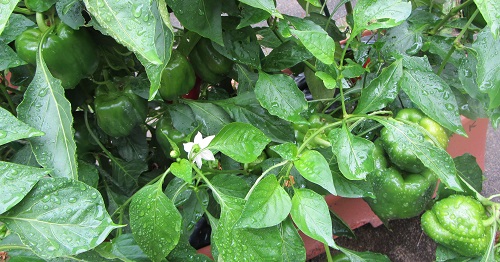 The jalapenos are starting to darken: 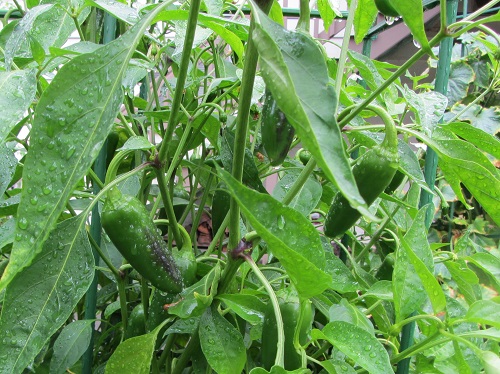 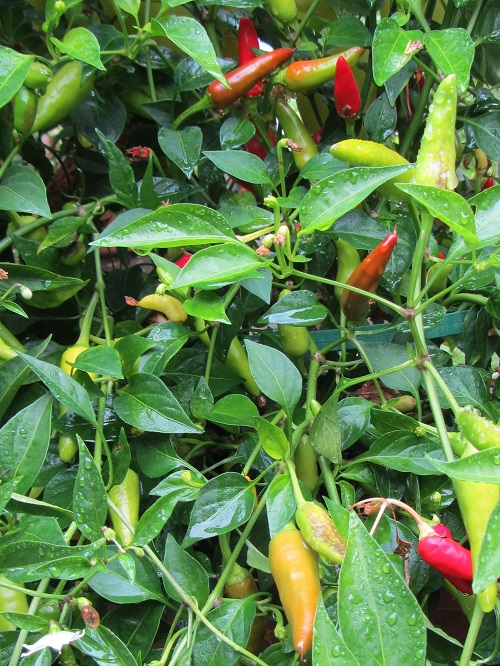 The cucumbers are looking tired: 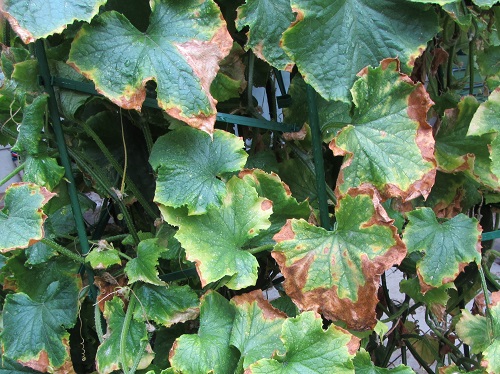 Some tomato pics, starting with the Roma. For whatever reason, this year’s Roma is much shorter than last year’s: 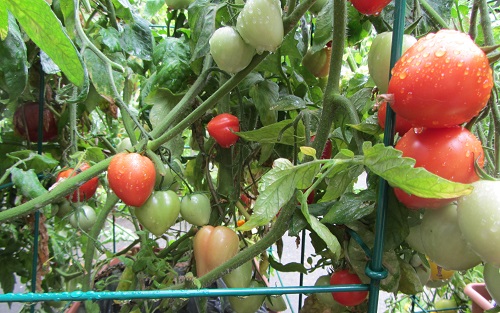 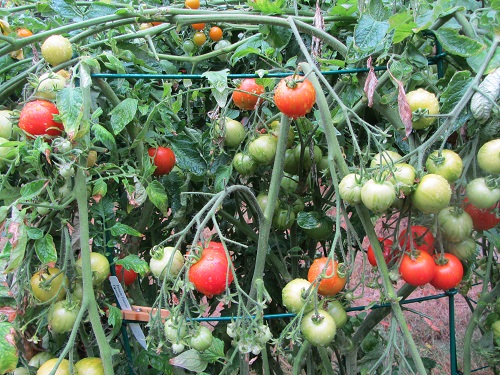 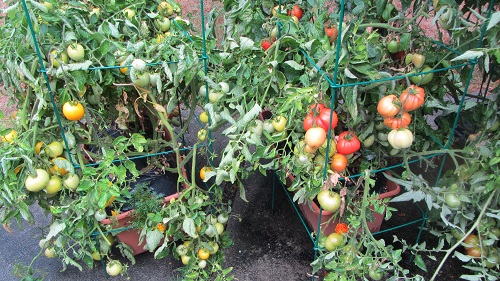 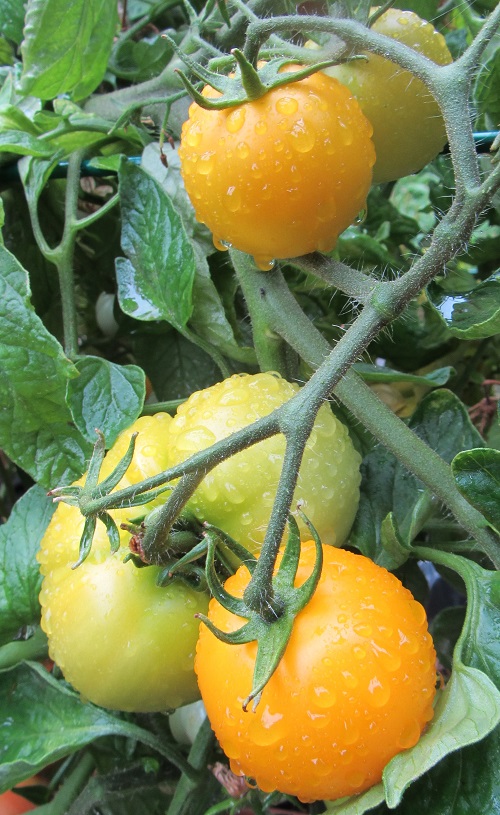