The cucumber box fell over on Friday. The Ultomato framework is overwhelmed — parts of it came off during the tumble. I harvested five pounds cucumbers, put the framework back together as much as possible, then propped the box up against a beam that holds up the deck:

Behind the cucumbers are the tomatillos. The tomatillos got some extra bracing to try to avoid a repeat performance.

The Sun Gold tomato vines decided to flop on the same day. It may be about time to trim the ends of the vines:

The zucchini seems to be winding down. It’s still producing, but the leaves are starting to look haggard: 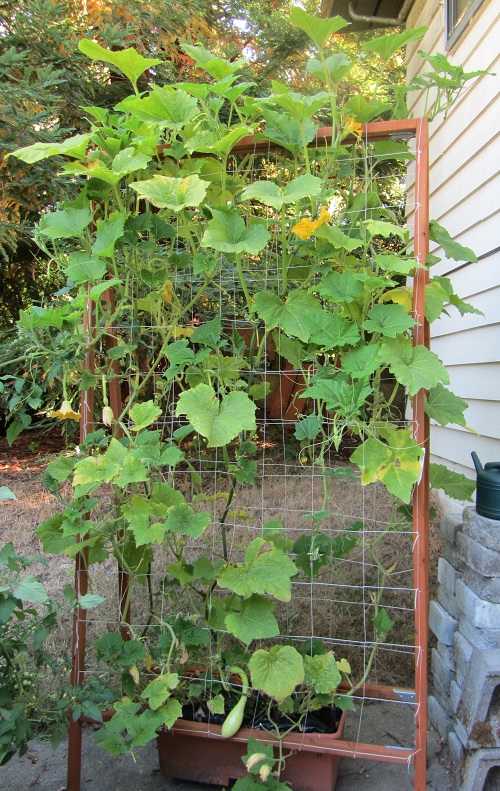 Many of the peppers are now in a mad rush to ripen.  The King of the North:

The Hungarian Hot Wax and a Marigold:

For the year we’ve harvested at 44 pounds of vegetables from the EarthBoxes, including 14 pounds of cucumbers and 12 pounds of zucchini. It feels like there are slightly fewer peppers this year. I’ll be interested to see the final totals.