Cucumbers in the foreground. Tomatillos in the middle. Zucchini in the big trellis:

A closeup of the zucchini. It’s a little less than 6 feet tall: 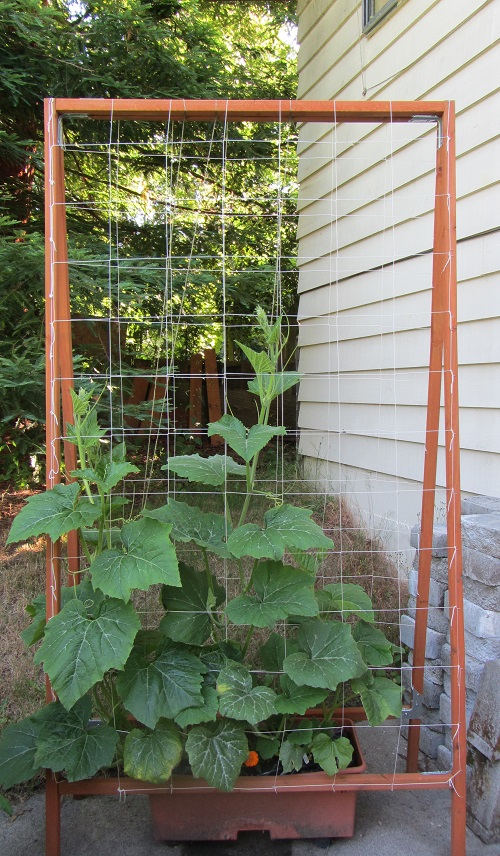 Even closer. The tromboncino get a bulbish end: 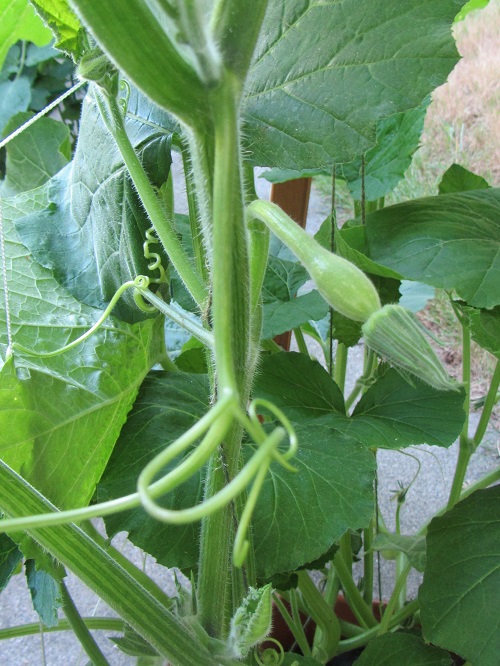 The tomatoes. The determinate varieties in the front two boxes are approaching maximum size, I think:

The first tomato is pictured below. It’s “Oregon Spring”, a new variety to us. It’s in the 2nd box back on the right. The Territorial Seed Co. description –

“75-80 days. This now-famous determinate, slicing variety was developed at Oregon State University. Their research shows that Oregon Spring will produce incredibly early yields of 4 inch oval tomatoes when planted outside a month before your last frost date and given no protection except on frosty nights. Parthenocarpic.” 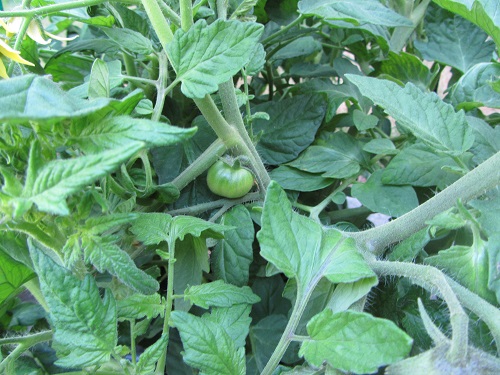 Parthenocarpic means that it can set fruit without pollination. At least in this case, theory is matching what we’re seeing in real life.

The King of the North peppers are rolling along. We did a full box of these because they performed the best last year:

And the Hungarian Hot Wax pepper: 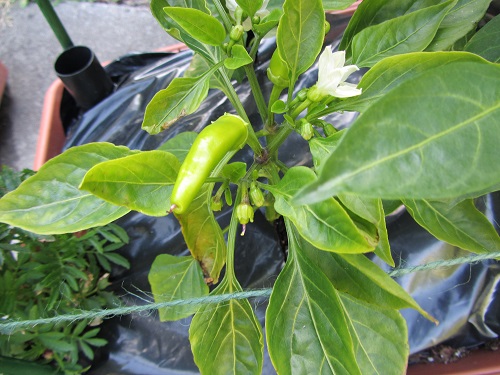 The basil is vaguely ahead of where it was last year. The plant on the back left was a loser so we pulled it, the rest are doing ok. Ideally they’d get another few hours of sun per day, but there’s not anything we can do about that. Next year I may try to do something to give them a warmer microclimate, such as a plastic-covered hoop house in June. 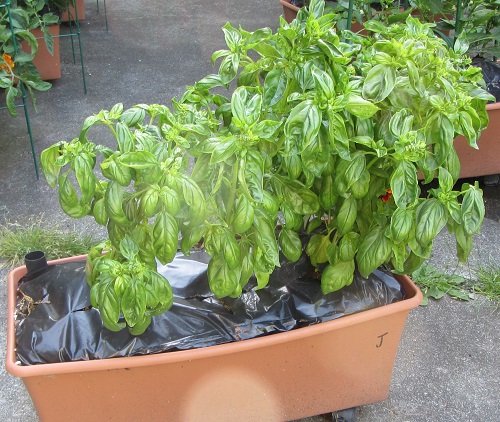 And a bonus boy cat pic. I think we’re overdue for a girl cat pic. That’ll need to be next update: