The spinach responded to the wonderful 80+ degree early-May weather by bolting immediately. Four plants. Zero harvest. The lettuces, cilantro, parsley, and dill are now cowering under the deck, away from the heat of the mid-day sun.

The first salad. Only the romaine was home-grown, but it’s still good to have something to show for the work. 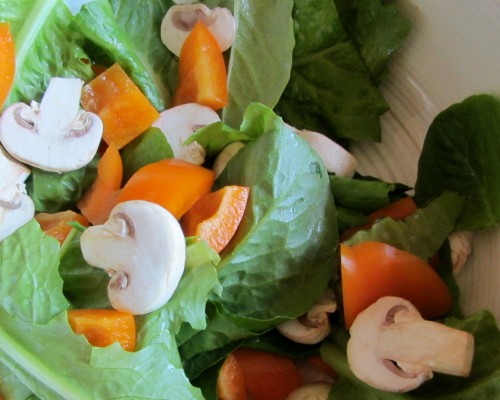 After the break, blossoms from around the back yard, most of which came with the house.

1. All photos taken at dusk, which I’m sure is far from ideal. (The commentary is above each photo the rest of the way.)

2. These things are everywhere in the Seattle area. They’re very “sunny”.

3. A northwest native that was planted a couple of days ago.

4. The back corner of the lot. Dominated by dandelions.

5. I’ve been mowing around this. It’s more purple than it looks in the photo. 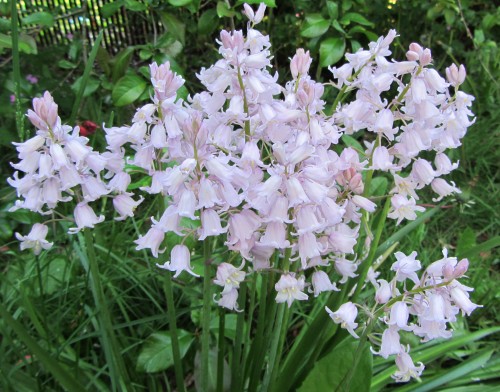 6. With the dramatic sun in the background thing going on. 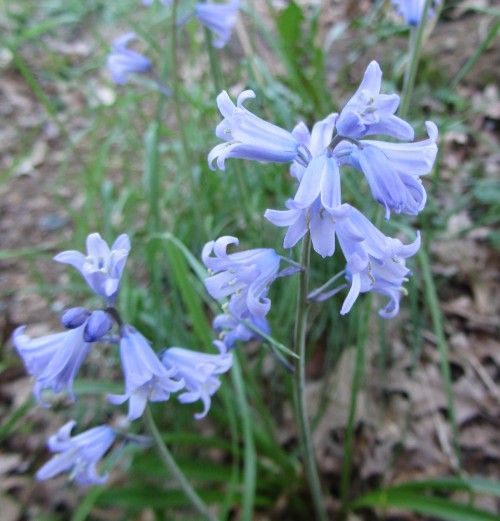 8. The camera had a hard time picking up some of the richer tones at dusk.

9. A close-up without the dandelion hanging around. 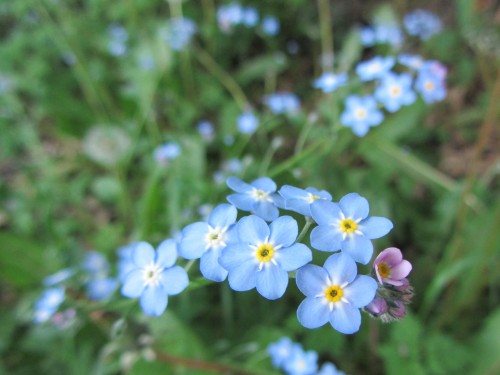 10. The other (native) Bleeding Heart is past its prime for the season. I don’t *think* this one is native, but it’s still rocking, and therefore much more photogenic. 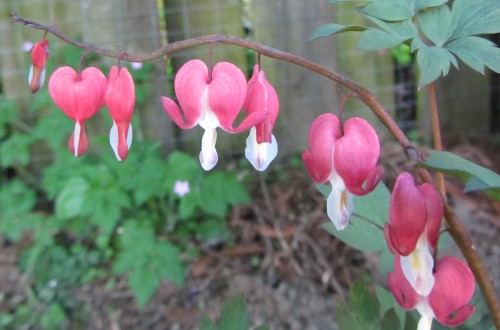 11. More of these little ones.

12. It was really hard to get a decent picture of these. At dusk they all washed out into a white blob. Here’s a super tight shot.

13. Again, they’re deeper red than this.

14. Last one. I think the Impressionists painted about a zillion of these. This one is past its prime, but still in better condition than most of the rest of the blossoms on the tree.