Link to the 2011 (brief) post on the same subject. It includes a video of the wrestling. Schwingfest is wrestling meets alchohol meets dancing. In no particular order. And a day-long playlist of polka-ish music.

I find the Swiss music to be fairly monochromatic to the point where it becomes almost hypnotic after a few hours. It’s just there because it always is, and always will be.

The most basic rule is that wrestlers have to keep at least one hand on the other guy’s shorts. Participants get the most points if they can pick up the opponent and slam him squarely on his back. Some losers got the wind knocked out of them a bit.

There are no weight classes. There are four age groups, with the 18 and over division being the toughest one. The matches feature some huge weight differences.  There was one really… shall we say “glandular” kid who was pretty literally squishing all of the other 10-13 year-olds. Many of the wrestlers start really young:

There are two or three big “clans”. If you watch for the shirts and listen for the names it gives you a good idea of the pedigree.

The “stadium”. That’s a sawdust ring in the middle.  It’s a popular event: 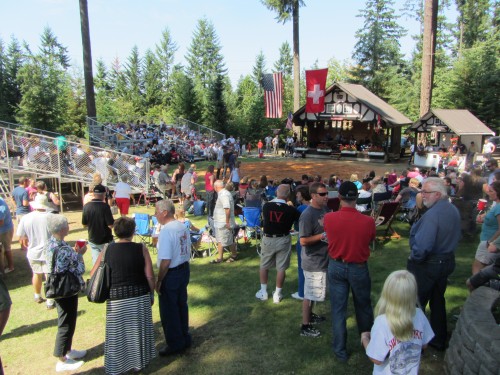 I got this great hat for five bucks. Note the rifles. The Swiss Sportsmen’s Club doubles as a gun range: 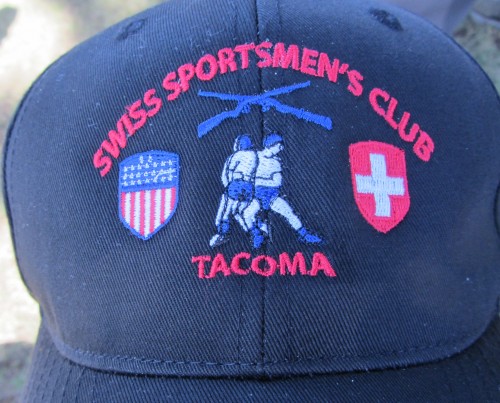 One of the younger competitors holding up his trophy. It’s a little blurry. I didn’t want to intrude too much.

I can confirm that Lawrence Welk is still with us.