Historically I’ve baked pizza for sixteen minutes at 500F. The process would be to bake the dough and toppings except cheese for ten minutes, then add the cheese and bake for another six. For years I had an ancient oven to work with that only went to 500F. These days all the cool kids are using short baking times, so…

This is the first attempt at a six minute pizza. That’s total cooking time. It’s not revolutionary, but it’s different from what I’ve been doing, so it may rate a few posts as I figure out what I think I’m doing. 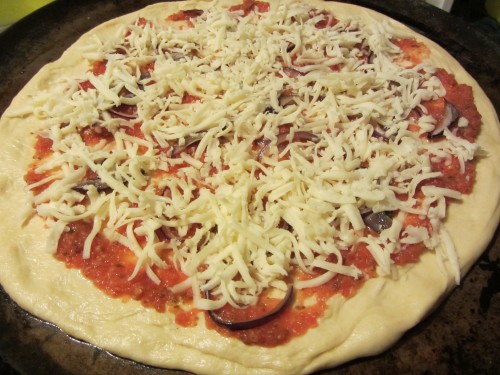 This pizza uses my “normal” (Smitten Kitchen) recipe. After kneading the dough spent two hours on the counter, then overnight in the refrigerator, then two more hours on the counter to come up to room temperature. The toppings are simply red sauce, low-moisture mozzarella, and sauteed red onion.

I preheated the oven to 550F. While the oven was preheating I stretched out the dough by hand, placed it on a perforated pizza pan, then topped it.

Basil was added after it came out of the oven. 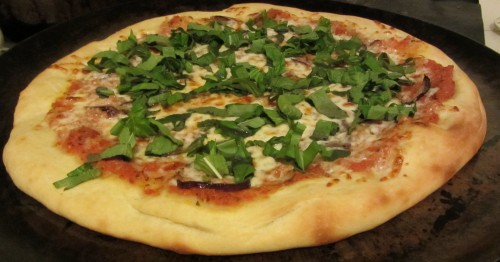 Overall the color was ok, the bottom turned fairly brown. 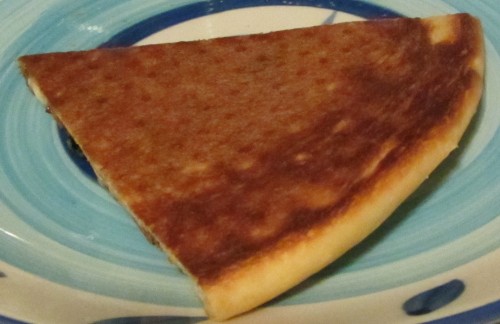 Things to try going forward will include using a pizza stone, with or without the pan. The broiler may factor into things as well. 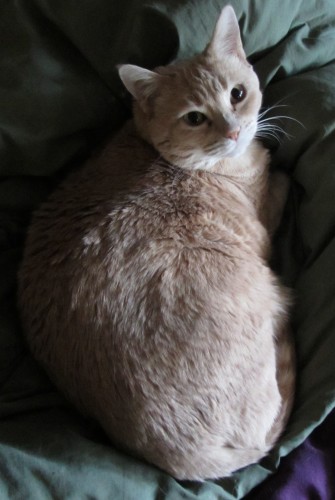