I began by shredding one red pepper, 1/2 a red onion, and three large button mushrooms. These went into a skillet with two cloves of minced garlic, two tablespoons of hoisin sauce, and a splash of soy. Everything was sauteed over medium heat until it was all a big, sticky, red mess. When cool it was combined a bowl with minced cooked chicken (about one large breast), and the green parts of a bunch of scallions. 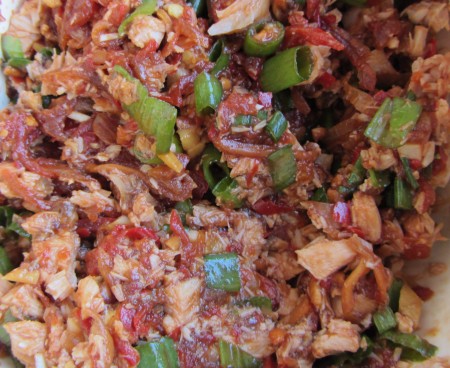 The egg rolls were sealed with an egg wash. 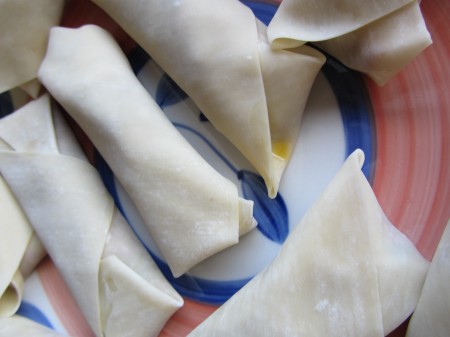 And deep fried in canola oil until golden brown.

I used this recipe for sweet and sour sauce, minus the cornstarch and the boiling. (1/3 cup rice vinegar, 4 TBP brown sugar, 1 TBP ketchup, 1 tsp soy.) It came out vaguely too sour, though that could have been because I ran out of ketchup. A little fiddling and it was fine… if anyone has an easy sweet and sour recipe they like I’d be happy to try it.

Don’t worry, no beer was wasted on the cat.